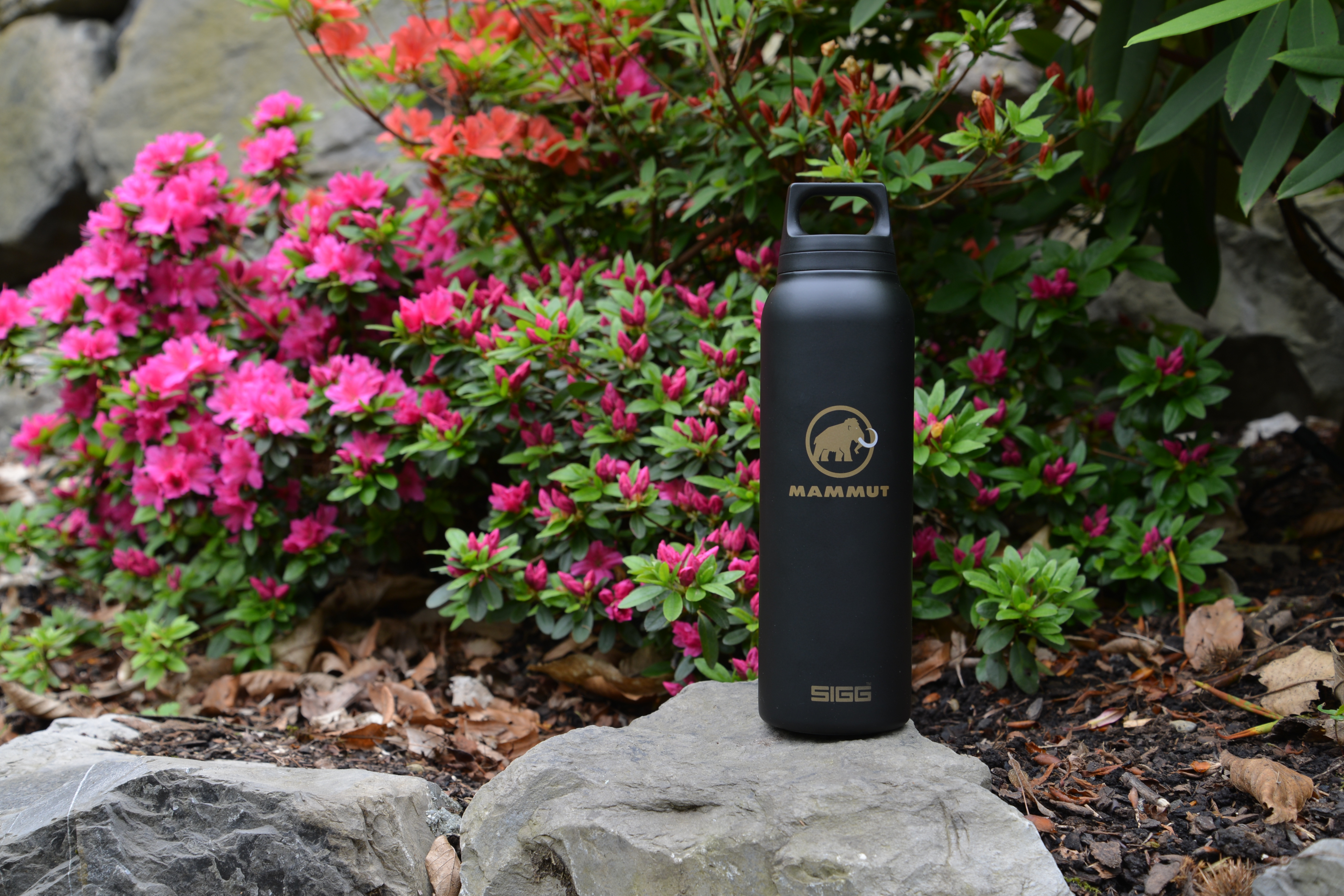 Attentive readers of my blog probably noticed in the article Mammut Lithium Z20 multiple pictures made with the camera Zorka Five (quote from the cult Polish film “The Cruise” which can be understand only by someone who grown up in Poland controlled by communist party and Soviet Union). On the photos there was a black thermos with a gold logo of Mammut. Thermos eagerly accepted invitation of the backpack who was the main character of that post. Now is the time for a brief description of the black bottle (black color supposedly shapes up). 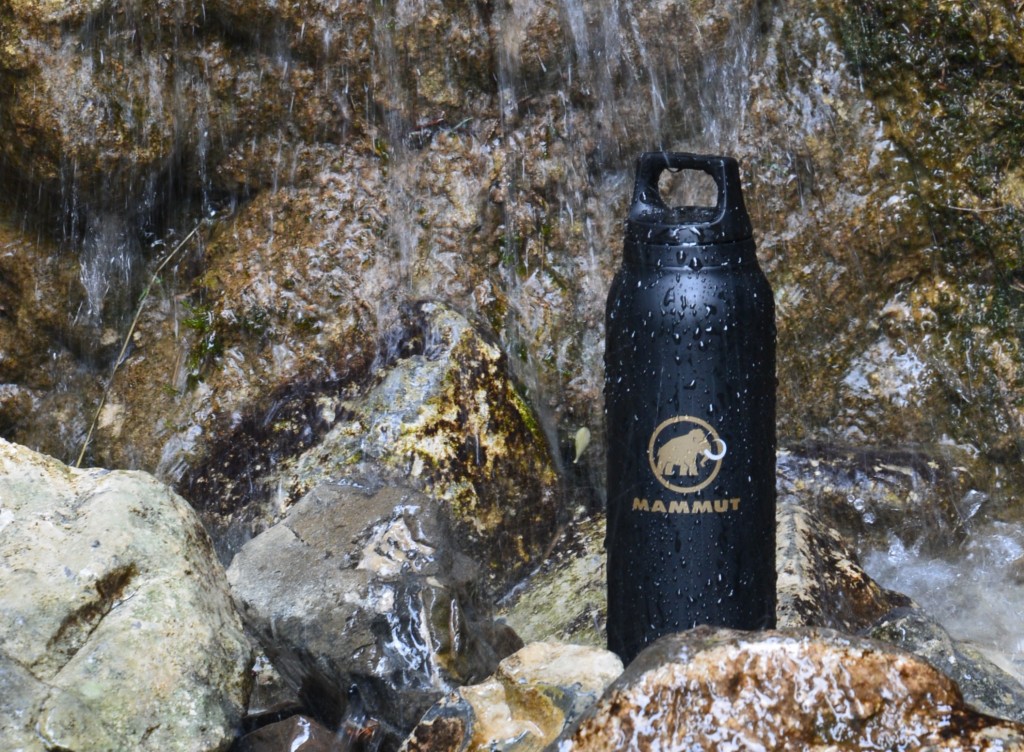 This thermos is the effect of cooperation between old and respected Swiss company SIGG with an even older and more respected Swiss company Mammut and in the background of this cooperation rises to a height of 4478 m above sea level the majestic summit of the Matterhorn, which was first conquered 150 years ago (14 July 1865). This important historic event will be remembered and celebrated in 2015 by various persons and institutions. Mammut company is one of the organizers and sponsors of a whole range of events related to the anniversary of conquering the Matterhorn and the host of celebrations is the Swiss town of Zermatt. 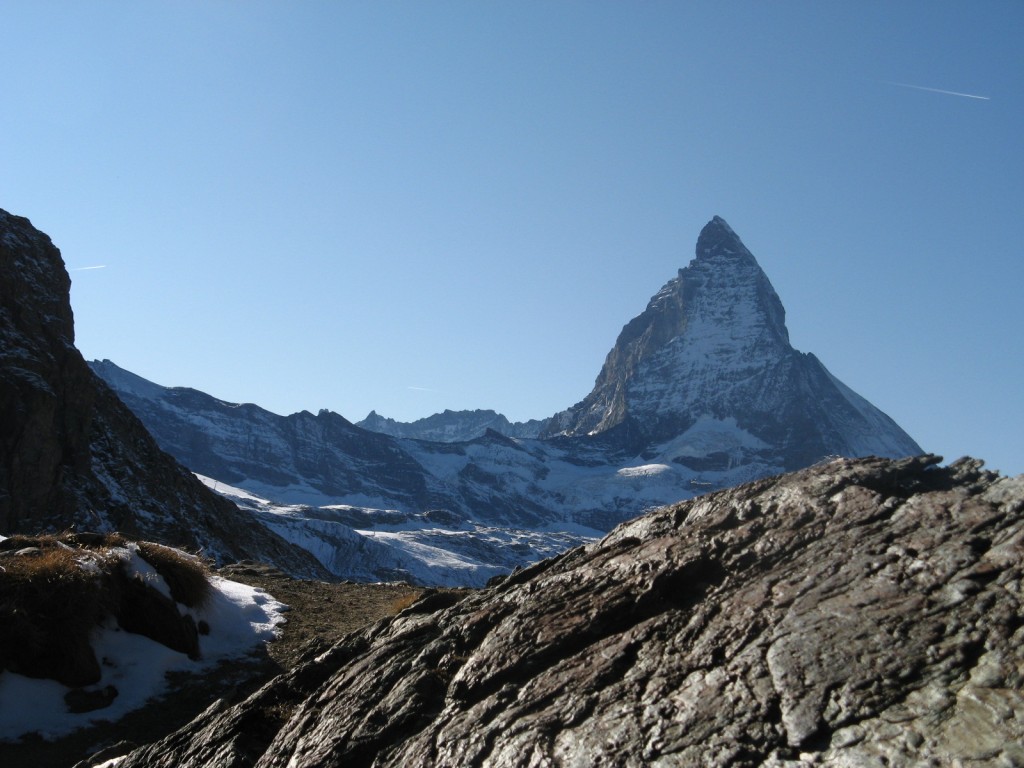 Mammut prepared a wide range of products on the occasion of the 150th anniversary of the first ascent to the summit. Limited collection called Mammut Matterhorn consists of jackets, trousers, hats, sweatshirts, backpacks, bags, shoes and vacuum flasks. The dominant color of the series is gold, so you already know dear readers, why Mammut logo on the thermos is gold and not red as usual.

I feel however that you should get to know more details of the first ascent to the Matterhorn, find out why Zermatt is associated with this event and what Mammut has to do with all of that. I am writing about Mammut already for some time, and have not written yet how, when and by whom the company was founded. These topics are so extensive therefore I will elaborate them in the next article but in the meantime I will finish thermos description…

Thermos, which came from the SIGG factory belongs to series HOT & COLD offering 4 volumes in two different types: mug 0.3 and 0.5 liter and bottle 0.75 and 1 liter. I have the pleasure to be the owner of a half-liter version. 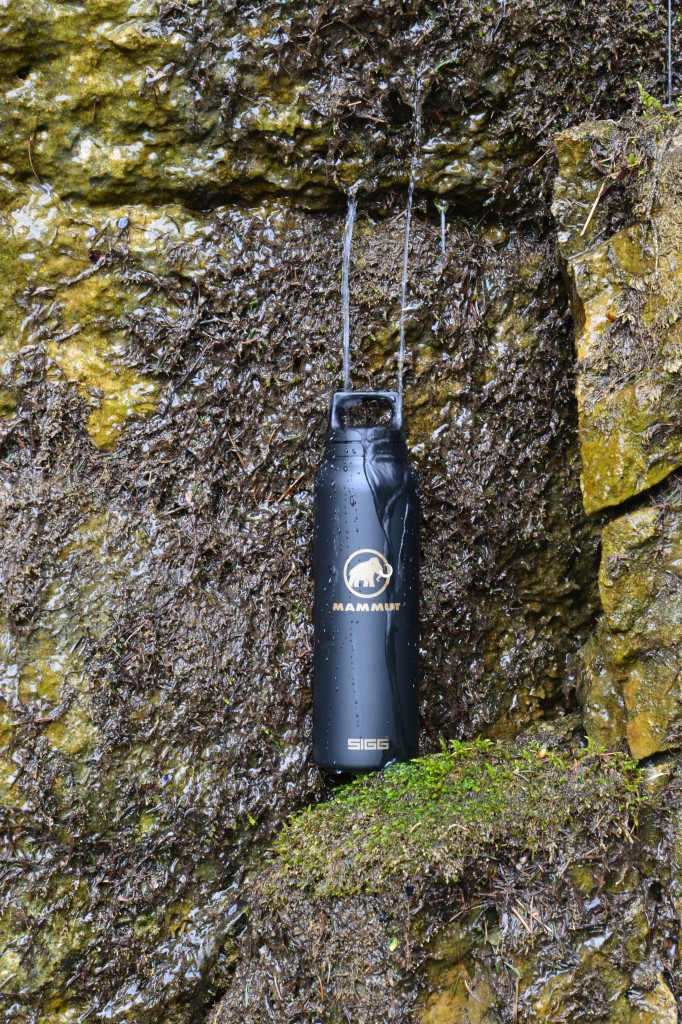 Mug is made of 18/8 stainless steel, which means containing 18% chromium and 8% nickel and other alloying additions. It is one of the most popular grades of stainless steel widely used in almost all industries, especially in the food industry.

There is non-slip silicone pad at the bottom of the thermos and at the top the cap with a handle that allows attaching the mug to a backpack. When unscrew a cap, cup opening is finished with an extra nut serving as a convenient mouthpiece for drinking. The manufacturer warns that drinking a hot drink, you can get burned because the hot drink can be… hot! As you can see, it had its influence the crazy American legal system, through which you can win a lot of money in court for injury or loss of life as a result of idiotic behavior about which European would not even have thought, and which was not listed on the long list of product’s warnings.

One of the most famous unusual compensation in the world won American Stella Liebeck in 1994. The court awarded her 2.9 million dollars in damages from McDonald’s, because she burned herself with a coffee bought in one of its bars. Sitting in a car she stuck her cup between her knees and tried to open it to add cream and sugar, but poured the entire contents on her feet and… other parts of the body. The final amount paid as a result of a settlement is not known. Since the award of damages, McDonald’s puts on cups of coffee phrase: Caution, content is hot.

An interesting idea is the strainer, where can be brew original leaf tea, whether black or green or another and then easily remove the grounds. The taste and quality of the beverage are then far better than in the case of express tea bags, which consists of a tea dust instead of whole or crushed leaves of Camellia sinensis. 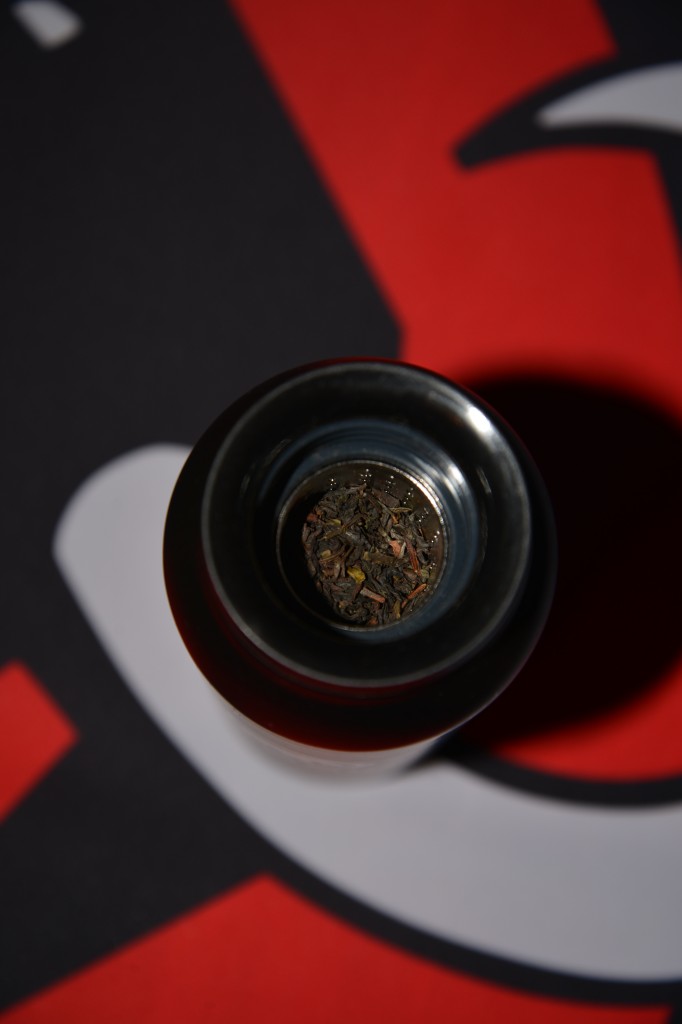 I have felt already for some time that the companies Mammut and SIGG fit together and I was instinctively linking them together in my sport adventures. I see that Mammut marketing specialists came up with the same idea. Cheers! 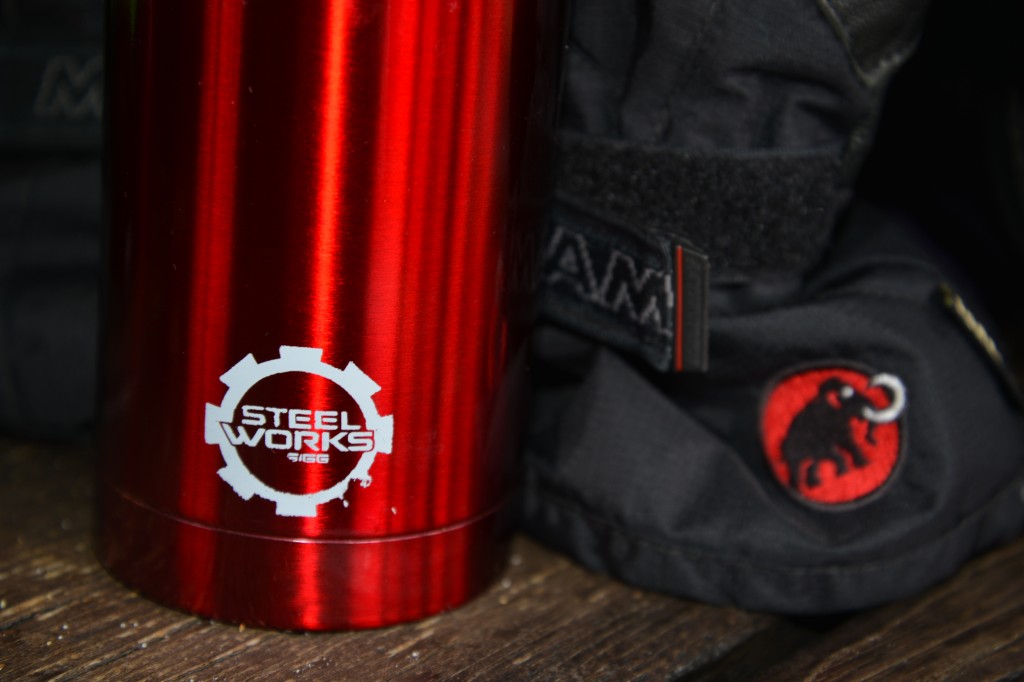