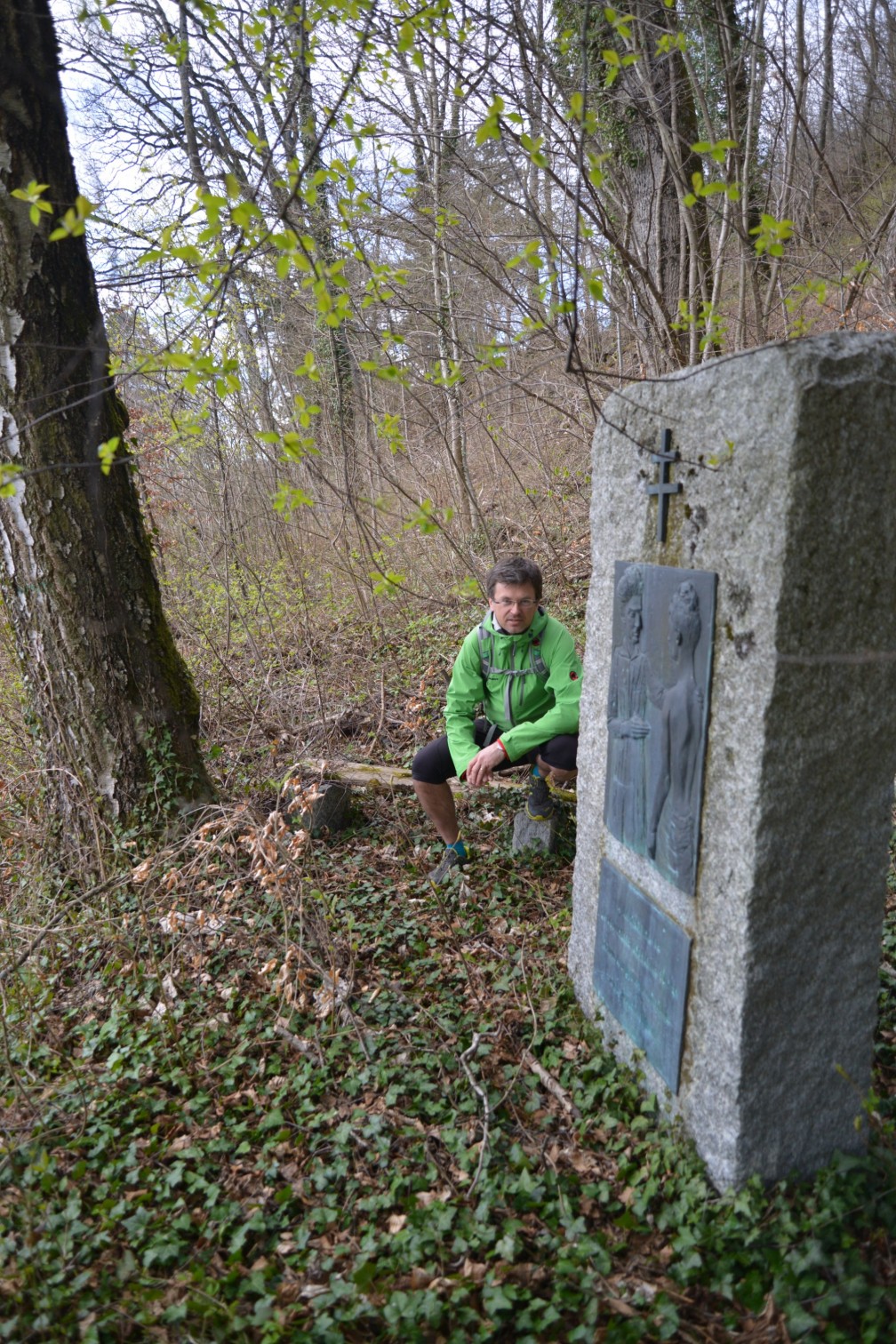 Seasons, cyclical changes in the nature, bird singing in the spring and finally winter storms. Everything has a purpose that fascinates biologists, naturalists and geographers. Also poets will find interesting topics for poems in the annual dying and rebirth of the world. Seasons allows runners to run in different but always “beautiful circumstances of the nature”…

The route around Rolle is already known to you from my previous episodes, but I found there something new and interesting recently.

It was the first day of the early spring. The south wind blew and turned the piles of snow stacked along the sidewalks into the liquid mud. Into the hair and into the mouth, into the nostrils, into the cheeks and into the ears of the children hurrying to the nurseries this dry, strange wind was blowing.
/Stefan Żeromski, Early Spring/

Just around the early spring, when the trees and bushes have not released yet new leaves, I visited my personal “Mr. Muscle” route. 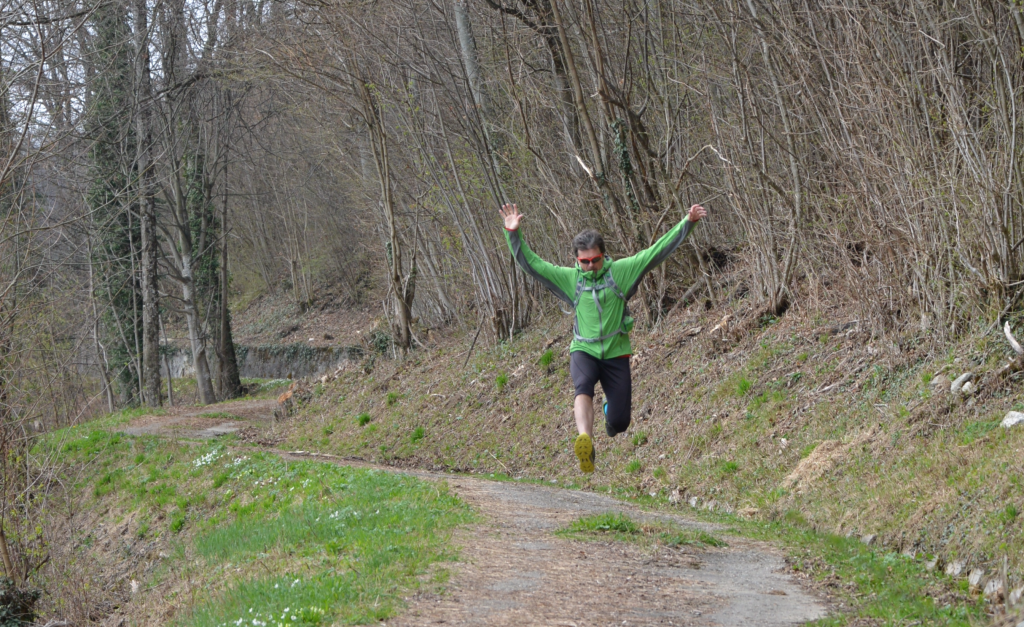 As I was running happily down from the highest point of the route (760 m), on the path above Gilly Hospital, I have seen on the right side a mysterious monolith. Usually, it is not visible from the route because it is covered by dense vegetation. 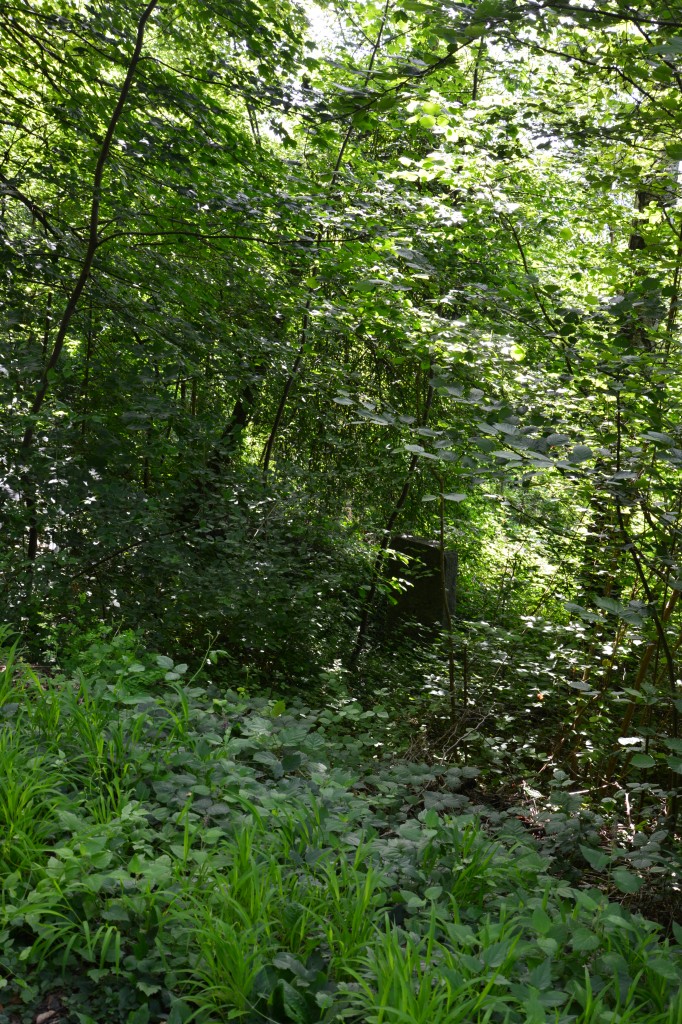 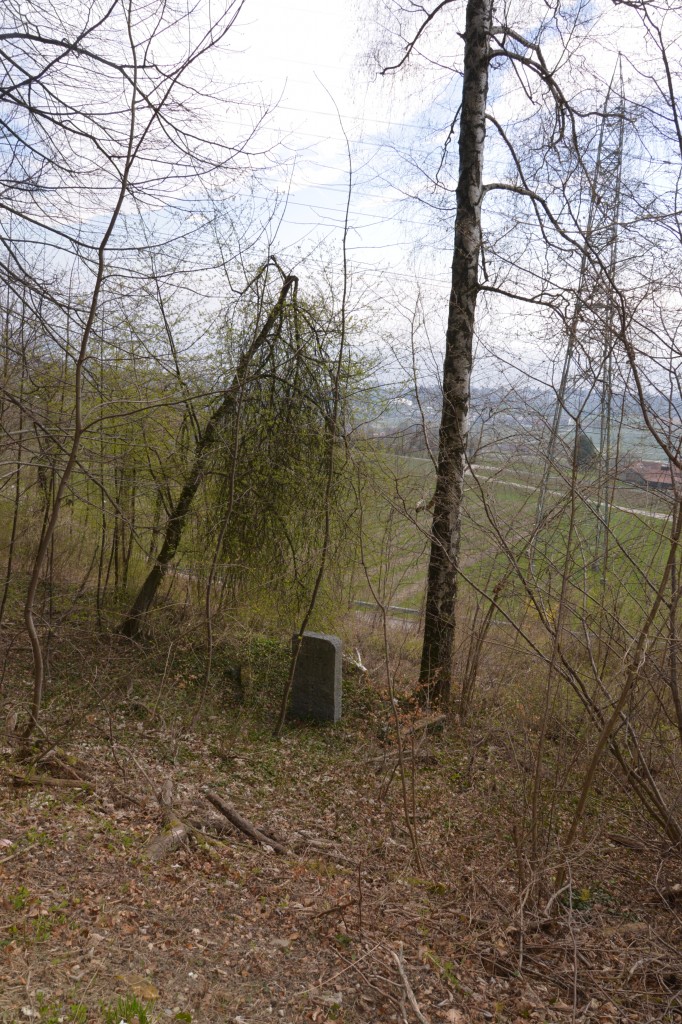 With some kind of shyness like the monkeys in the first scenes of “Space Odyssey”, I began to approach the obelisk. There were no special effects, just on the other side was the relief of two women. The inscription under it proclaimed:

In memory of
Dr. Charlotte Olivier
Initiator of the fight against tuberculosis
Grateful Canton of Vaud 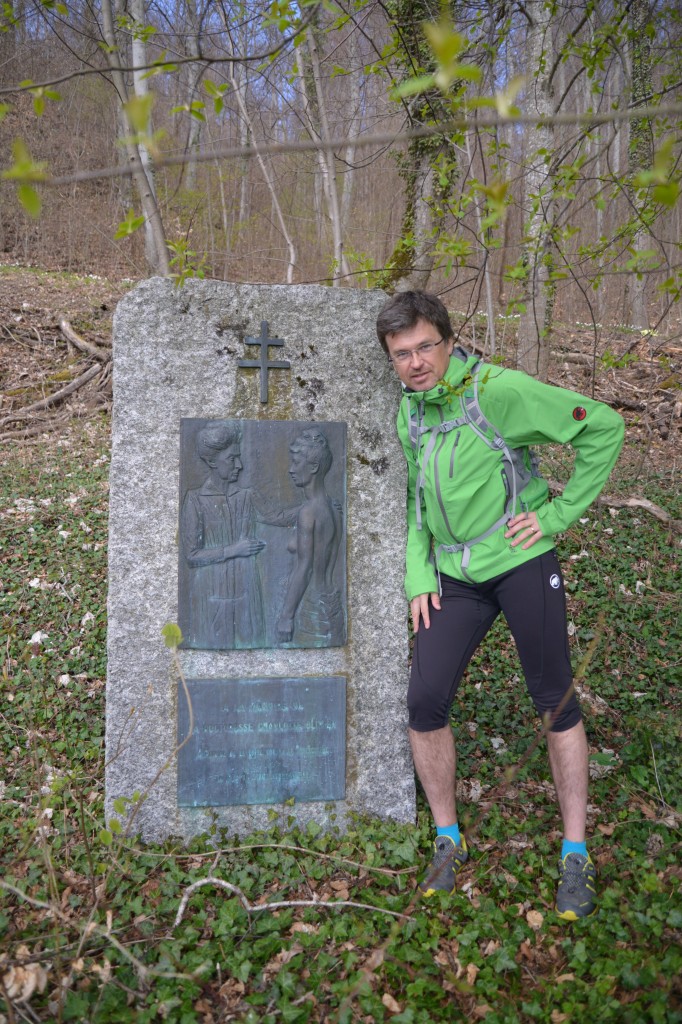 Who was this woman doctor and why her monument was hidden in the middle of the forest? What an interesting story came to me from the bushes… 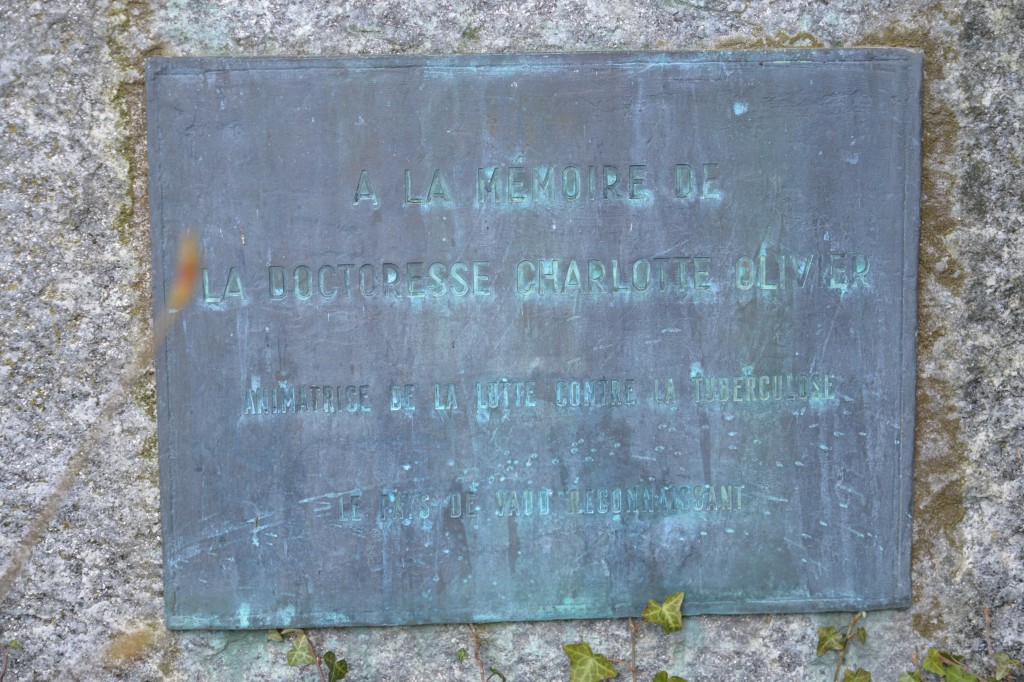 Charlotte Olivier was born in Russia in 1864, in a family of doctors of German origin. After completing her nursing school in St. Petersburg in 1894, she began to study medicine at the University of Lausanne. During her internship she met Dr. Eugène Olivier, whom she married in 1901. She led her medical practice in the Canton of Vaud. At that time, tuberculosis was gathering a tragic harvest among the people in Switzerland as well as in whole Europe.

Tuberculosis (TB) – is a widespread and potentially lethal infectious disease caused by mycobacterium tuberculosis. Tuberculosis mostly affects the lungs, but it can also attack the central nervous system, lymphatic system, blood vessels, osteoarthritis, urogenital and skin. In the past, tuberculosis was called consumption because in a short time it led to severe athrepsia with hemoptysis, fever, pallor and progressive weight loss.

The notion of tuberculosis is etymologically derived from nodules, changes visible in histopathology examination in a tissue changed by tuberculosis.

World Tuberculosis Day is celebrated on March 24th, on the anniversary of the day when Robert Koch identified and described mycobacterium tuberculosis in 1882.

Dr. Charlotte Olivier, on the basis of clinical trials, but first of all all on the basis of observation of patients’ living conditions, became aware of the importance of contextual (environmental) factors in the formation and development of this disease. By checking the level of education, housing conditions, work hygiene and… alcoholism, she was able to accurately determine the health status of people infected and prognosis for their cure; often better than using traditional medical intervention. 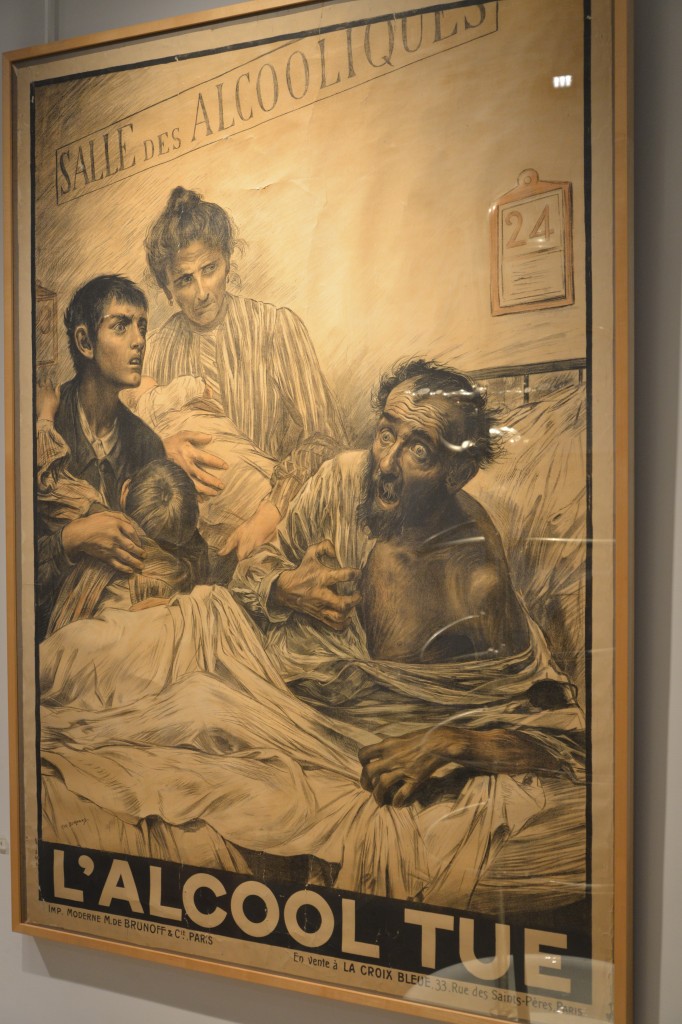 Madame Olivier has become a symbol of a doctor who, in his thinking of health and illness, went beyond purely medical schema. She understood the need to act on different levels to improve the health of the population. She also noted that education and improved living conditions are key factors in halting the tuberculosis epidemic. She stubbornly argued that legal changes, education of healthcare professionals and patient education were necessary. She mobilized women in the canton of Vaud and started training specialist (visiting nurses) who helped to treat patients directly in households and educated the population about hygiene and adequate nutrition.

I am deeply convinced that education on the fight against tuberculosis in our country will systematically develop and appropriate legislation will be passed in order to respond better than in the past. (The work) must be split between men and women. To them belong the lawmaking, the construction of hospitals and the introduction of necessary reforms and to us (The Women’s League) the fight against ignorance and raising the funds.
/Charlotte Olivier, The Women’s League Conference, May 29, 1912/

Her actions on the political and social arena and the enormous stubbornness finally brought definitive changes in the Canton of Vaud and in the whole Confederation. The number of members of the cantonal association for the fight against tuberculosis rose from 200 in the year 1911 to 9 000 in the year 1913. This was due to the information campaign of the Women’s League in Lausanne, headed by Charlotte Olivier. Thanks to her efforts, the first federal law was enacted, specifying the scope and methods of combating tuberculosis, and in the year 1921 a million francs from federal funds were awarded for this cause.

So why the monument of such outstanding character was placed in the forest, away from the busy streets, squares and places? As it turns out, it was justified …

At the beginning of the twentieth century, the cantonal associations for the fight against tuberculosis decided to create a sanatorium for tuberculosis patients. Of course, Dr. Charlotte Olivier engaged in this initiative. The association acquired the property Essert, beautifully situated between the vineyards and the forest, with a wonderful view of the Lake Geneva and the Alps. 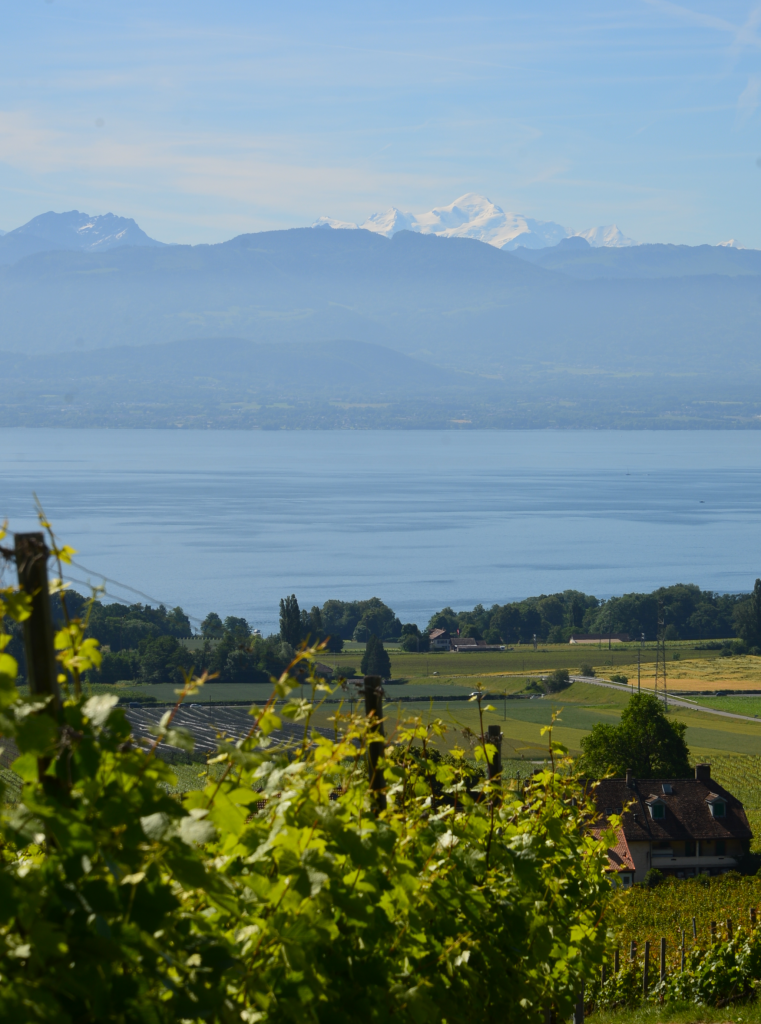 The first resident appeared in the restored manor house, which began to be called Pavillon de la Côte, on April 11, 1923. The pavilion functioned as a sanatorium for over 40 years and was transformed into a general hospital in 1965. Since 1989, there is also a rehabilitation center. 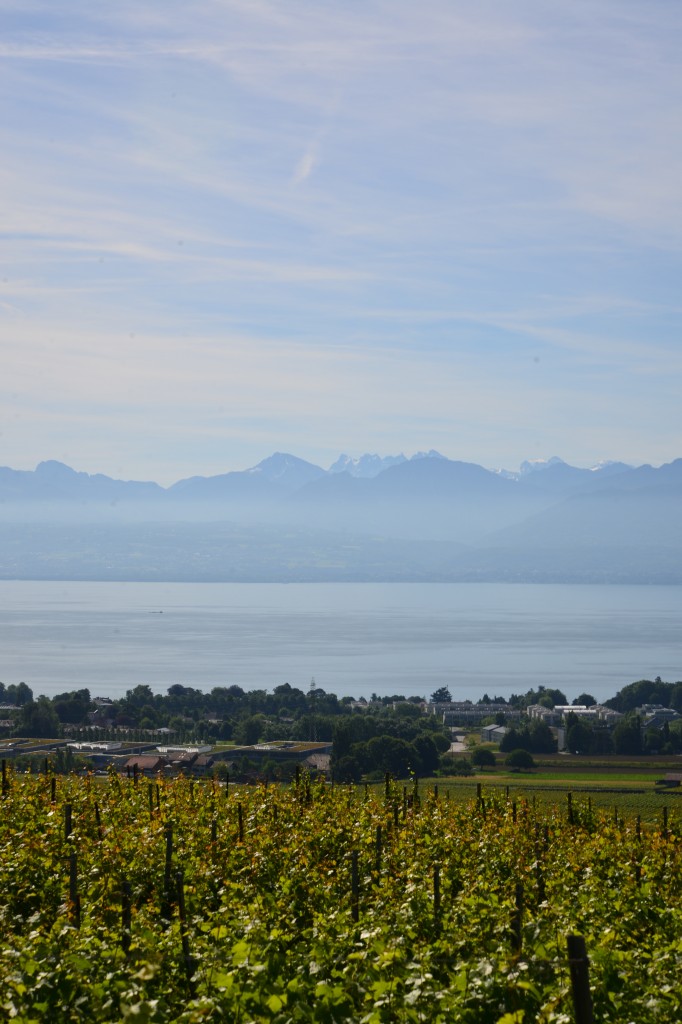 When Charlotte Olivier died in 1945, at the age of 81, her husband, Eugène Olivier, scattered her ashes near the Pavillon de la Côte and the grateful citizens of the canton set up a monument. Bas-relief was based on one of the photos of a doctor at work. 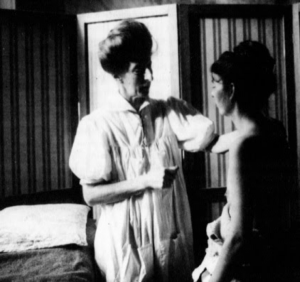 With so much knowledge about the personage from the monument, I was able to run further comfortably. However, I was not comfortable with the additional knowledge I gained during the “monument investigation”…

Despite the significant development of medicine since the days of Mr. Koch, tuberculosis is unfortunately not a disease that has been eliminated. Although tuberculosis is associated mainly with the ancient times and a few well-known characters which went to glory due to this illness, it still collects mortal harvest on our planet.

As a result of the attrition caused by the tuberculosis died Anton Czechov (aged 44), Franz Kafka (aged 40) and George Orwell (aged 47). From Polish writers Juliusz Słowacki and Zygmunt Krasiński died of tuberculosis. According to recent reviews, Fryderyk Chopin was probably not suffering from tuberculosis, but cystic fibrosis, and that was the cause of his death. Also Charles Bukowski (you guess why I’m referring to him) did not die of tuberculosis but was sick with it. With this character involves an interesting anecdote.

When Bukowski was about 70 years old, he got seriously ill. He felt bad all year long. He visited all expensive doctors but none could help him. Bukowski was a friend with actor Sean Penn and he took him to his personal doctor, the best in Beverly Hills. After conducting blood tests and taking x-rays, the doctor also could not recognize the illness.

Bukowski was an admirer of cats and one day he took one of his pets to a vet. The vet had a cabinet in the deprived area of the city and frequent contact with the poor people. He looked at Bukowski and immediately said that he has tuberculosis. He did not need any research to recognize this. Tuberculosis is primarily a disease of the poor and probably all Beverly Hills physicians were unable to recognise it; they may have never seen tuberculosis.

Of course, “the best” Beverly Hills physician was embarrassed when he realized that the vet had made a good diagnosis. He wrote the right medicine and within a few months Bukowski felt good.

Enough with the anecdotes, only facts at end. According to WHO data:

Neither the state with its laws, nor the doctors themselves nor the nurses themselves can achieve this. Only cooperation and coordination of all forces will ensure victory…
/Charlotte Olivier, The Women’s League Conference, May 29, 1912/